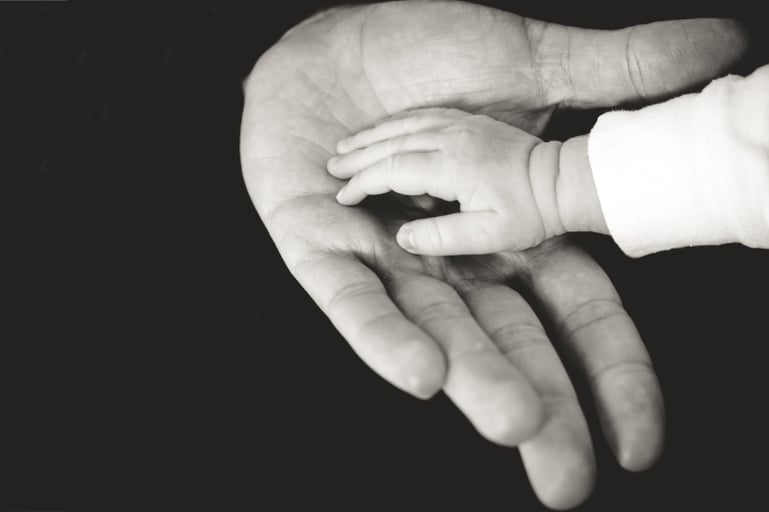 Agility is the superpower of the 21st century organisation. Companies that do not develop resilience and the ability to flex and adapt with changing times are at risk of extinction.

The secret to organisational agility is leaders who are safe. Safe leaders create an environment where people can work fearlessly, think radically, and flex readily.

In this age of volatility and constant change, it is more important than ever to be a safe and trusted leader.

Why Safe Leaders are Indispensable to Agile Organisations

“Psychological safety is about candor, about making it possible for productive disagreement and free exchange of ideas. It goes without saying that these are vital to learning and innovation. Conflict inevitably arises in any workplace,” Quartz says in What Psychological Safety is Not.

In the book Focus, Daniel Goleman quotes Stephen Wolff, a principal at GEI partners: “To harvest the collective wisdom of a group, you need two things: mindful presence and a sense of safety. You need a shared mental model that this is a safe place. Not—if I say the wrong thing I’ll get a note in my file. People need to feel free to speak out.”

“Psychological safety enables people on different sides of a conflict to speak candidly about what’s bothering them,” Quartz says. This is key to creating an environment where people are not bound by fear.

Psychological safety originated with Harvard Professor Amy Edmonson’s studies on “what it takes to create organisations where people can bring their ideas, concerns, and observations to work.” Edmonson defines psychological safety as “a climate in which speaking up is enabled and expected. Such a climate is worth building when learning, knowledge sharing, error reporting or innovation are crucial for a company’s success,” Edmonson writes in The Importance of Psychological Safety.

Safe Leaders are Vital to Weathering Crisis and Change

Leaders who are safe are trusted by their teams. Safe leaders are what the world needs today. Things can change in an instant, and every business is susceptible to disruption at any time.

Read more about the kind of leaders you need to face disruption and change.

Marriott International CEO Arne Sorenson displayed vulnerability in a very moving way as he addressed Marriott employees, shareholders, and customers, at a key point in the Covid19 crisis. “Sorenson lowered the shield. He was candid, vulnerable, humble, emotional and hopeful,” Forbes says in the article Marriot’s CEO Demonstrates Truly Authentic Leadership in a Remarkably Emotional Video.

“Our team was a bit concerned about using a video today because of my new bald look. Let me just say that my new look is exactly what was expected as a result of my medical treatments,” Sorenson said. “I feel good and my team and I are 100% focused on overcoming the common crisis we face. Now let's talk about that crisis.”

“It is self-awareness that allows the best business-builders to walk the tightrope of leadership: projecting conviction while simultaneously remaining humble enough to be open to new ideas and opposing opinions,” Harvard Business Review says in How Leaders Become Self-Aware.

Victorinox, maker of the classic Swiss Army knives, is a business founded in 1884 by the Elsener family. The company faced a crisis in 2001, post-9/11 when travel regulations banned carrying knives on board. The new prohibitions resulted in a sharp decline in sales of Swiss Army knives. "We lost over 40% of our business," Victorinox CEO Carl Elsener recalls in Worldcrunch’s How the Swiss Army Knife survived 9/11. "Airports sent vast quantities of the knife back to us."

The Elseners “made a resolute decision not to let one person working for their company go,” Swissstyle.com recounts. “Employment opportunities were after all what founder Karl Elsener had in mind when he founded the company, and it only seemed natural to the Elseners to respect this principle.”

The team trusted the leadership and this allowed them to respond creatively to the crisis. “One of the creative ways the company saved jobs was to "loan" Victorinox workers to other businesses in the area. At the same time, Victorinox strengthened the focus on its other products — traditional household knives along with the Swiss Army watches and luggage that Victorinox started producing in 1989 and 1999, respectively,” Worldcrunch says.

The Elseners took care of their people and under this leadership they turned the business around in the two years that followed. “Victorinox … managed to create new opportunities to accelerate its progress towards recovery. The company sped up its investments in new products, such as watches to sell in airports instead of pocket knives, and towards new markets such as Russia, China and India to lessen its dependence on a particular product, the knife, and sales channel, the US.”

“The secret lies in the consistency the company has always demonstrated.” Victorinox leadership “stuck to its founder’s credo in bad times as well as good. This is how Victorinox won commitment from its workers and was able to develop new top quality products, such as its new line of luggage, that achieved the same excellence.”

We are a company of nine hundred people that actually feel like they are part of a family. And this feeling actually became even stronger after the 9/11 events. - Carl Elsener

Under a trusted leader with unwavering integrity, and who put his people first, the business not only recovered from the crisis. The business thrived, with its values, principles, and people intact. “We think in generations, not quarters,” CNN quotes Carl Elsener as saying.

Without Safe Leaders, Organisations are at Always at Risk

“Leaders who don’t listen will eventually be surrounded by people who have nothing to say.” - ANDY STANLEY

Without safe leaders, organisations are at risk of breeding fear. This creates a tendency for people to cover up mistakes or failures.

The 2009 Volkswagen emission scandal is a story of how a fear-based culture suppressed a company’s sense of right and wrong.

The company faked test emissions scores through a “defeat device.” “When the cars were operating under controlled laboratory conditions - which typically involve putting them on a stationary test rig - the device appears to have put the vehicle into a sort of safety mode in which the engine ran below normal power and performance. Once on the road, the engines switched out of this test mode. The result? The engines emitted nitrogen oxide pollutants up to 40 times above what is allowed in the US,” BBC said, explaining how Volkswagen executed the grand deception.

“The recent Volkswagen emissions scandal cost the company not only a pretty penny, but the loyalty of their clients, and their employees. The company is teeming with smart, talented individuals, but because of its once fear-based culture, those same people didn’t feel they had the space to speak up,” Office Vibe says. “The absence of psychological safety keeps team members from disagreeing with dominant opinions….organizational failures result from rigid reporting lines.”

How do you know if you are a safe leader: The Trust Equation

There is often a disparity between how you see yourself and how others perceive you, Trust Advisor says. The Trust Equation measures a leader’s safety levels by determining a leader’s Trust Quotient.

The Trust Quotient is a measure of how safe and trusted a leader is. There are four variables of trustworthiness: credibility, reliability, safety, and self-orientation.

Safety: The extent to which people feel comfortable confiding in you

Low Self-Interest: The perception of how much you are willing to put team welfare before your own

“In a 2010 study by TrustedAdvisor.com, safety and favorable (or low) self-orientation were the least often reported strengths.” This was an indication of a gap in leadership: leaders tend to be strong in credibility and reliability but low in safety.

One of our clients is a European multinational corporation. The Senior VP asked his colleagues to rate him using the trust index. The results revealed high credibility, reliability, and self-interest scores, but low safety ratings. The Senior VP learned that his employees feared approaching him because of his temper.

“It was the wake-up call he needed,” The Business Times shares, recounting the incident in a 2018 story, “The Currency of Trust. “Within a year, his safety rating improved, his trust index skyrocketed — and he was promoted.”

“Leaders need to constantly ask themselves if they’re ‘safe’ to be with,” ROHEI CE Rachel Ong says. “Do employees feel like they’re not judged and allowed to make mistakes in their presence?”

Read more about our approach to building trusted and relationally competent leaders.

What It Takes to Be a Safe Leader: Intentional Focus on Building Trust

Leaders must then focus on these two variables of the trust equation:

Safety: The extent to which people feel comfortable confiding in you

Low Self-Interest:  The perception of how much you are willing to put team welfare before your own

Being a safe leader is an intentional, long-term investment

It’s an investment of time, behaviour change, honesty, humility, self awareness, and relationship-building.

“The goal is for the 'giver of trust' to feel safe being vulnerable or taking a risk with you.”  - RACHEL BOTSMAN

“Trust is not earned through grand symbolic gestures; it forms steadily and continuously over time. Consistency is more important than intensity,” says trust advocate Rachel Botsman.

“If you feel like someone trusts you, it's not a done deal. The giver at any point can decide, ‘nope, there's not enough trust here for me to take a risk with this person in this particular situation.’ You have to keep working at it. 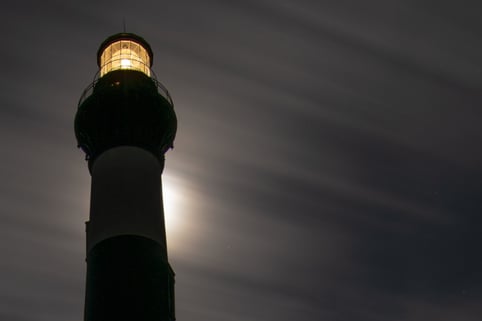 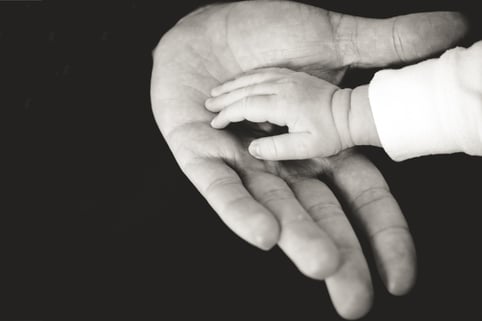 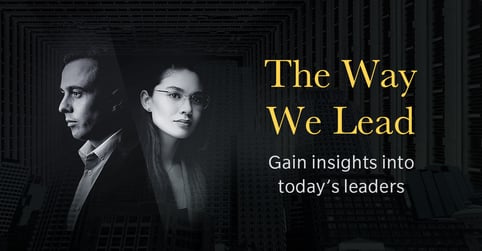