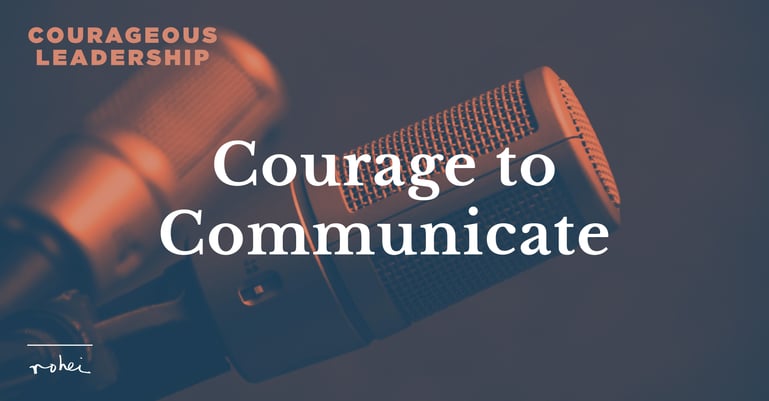 Hiding bad news is virtually a reflex in most organizations. - AMY EDMONSON

Communicating honestly and constantly in these challenging times is not easy. It requires courage and wisdom. It is built upon the leaders’ Courage to Care, Clarify and Connect. However, when done effectively, there can be greater confidence, clarity and unity to move forward. Wen-Wei: This evening, we come to our last episode, the Courage to Communicate. To have these difficult conversations, or communication sessions, there are two key parts. The first is the preparation, and the second is the process.

The first step, preparing for communication, is about having the right mindset. This would really shape how we approach something. The mindset that I would advocate for, or that I've applied for myself, is one where “It's not about me. It's about the others in the organization.”

"It's not about me. It's about the others in the organization.”

This reminds me of a quote by Andy Crouch that says, "Leadership begins the moment you're more concerned about others flourishing than you are about your own." So, in this preparation, there lies a generosity-oriented mindset: Give to others and give your best. At the same time, there is also a graciousness in receiving critique or criticism.

Calvin: Right. The process is also equally important because at whichever level of  management we're at, we would need to mediate between the organization's realities and what the organization needs to do. How can the organization survive and thrive in a challenging situation, or go through change, vis-à-vis the staff's realities, the team members' realities? Employees may be facing challenges at the individual level or at the team level, and we need to mediate between the two so that both the leaders and staff at every level are able to be encouraged and energized to do what they need to do.

To mediate well, one of the first things that we needed to do was to build psychological safety. We had to create a sense of safety in the organization, where people feel safe to share their ideas and concerns. They would also feel safe to ask questions or admit mistakes, without the fear of being humiliated or punished.

I've got four thoughts to share about building psychological safety—an act that fosters a culture of trust.

The first is to share the intentions behind the actions. You mentioned a quote by Stephen Covey, "We judge others by their actions, and we judge ourselves by our intentions." Similarly, others judge us by our actions, especially when we don't share our intentions.

Trust can be built amazingly fast when leaders start to show their fallibility and talk about it. People are drawn to authentic leaders who are humble and seek help.

Leaders need to learn how to model fallibility.

The third thing is about engaging people, listening to them, getting input and more complete information. When the leaders that I was helping engaged with their team members, they were able to get more than facts and figures. They were able to get opinions, feelings and needs of the team members. That is precisely what we needed to tap into. So, it is important to understand the feelings of people on the ground, because it determined whether or not they were going to take action, or whether they were too afraid to do something about it.

So, it is important to understand the feelings of people on the ground, because it determined whether or not they were going to take action

There is a fourth thing. With all the information that has been gathered, there is a need to mediate and act. It is important for the leader to digest the information and then begin to mediate between the organization's realities and the staff's realities, in order to make the best decision for the company. This helps leaders see the importance of going the extra mile, or move out of their comfort zone, in order to get a better outcome for the organization.

So it's almost like, are we willing to go through short-term pain for a longer-term gain?

Wen-Wei: Here’s a question for you. "How do you maintain high morale, yet be honest with realities at the same time?"

Calvin: Let me share my thoughts. Morale can be high when the team is winning, but a team that continues to have high morale even in difficult situations possesses two factors.

One is conviction. In other words, the team is clear about why we are doing what we are doing, and what is it that we are persevering for. What is it that we are going through this tough time, in order to come out stronger for? When there's clarity about the purpose for why we're doing what we're doing, there is a morale that comes around. There's a fire that's lit from within individuals.

The other thing that really helps is when the team knows that they are not on their own, that they have each other, and that there is this trust. There is a culture of trust. There is psychological safety and unity in a team.

Wen-Wei: "Leaders may know about psychological safety and the positive teams, as well as organizational outcomes it brings, but they may not do it. How might we close this knowing-doing gap?"

I think this speaks to the very heart of what this whole series has been about—that is the courage to follow through on what you know to be the right thing.

Back to the quote that we talked about earlier on, "Leadership begins when you care more for other people's flourishing than your own." But leadership is also about knowing when to be vulnerable when necessary. When you recognize your own blind spots and involve other people into the conversation, you are really co-creating that future. Not only do you do what is right, but they know that they can contribute to what is right as well.

"Leadership begins when you care more for other people's flourishing than your own."

How ROHEI can help you with Developing Leaders

How ROHEI can help you with Developing Leaders. We take a relational approach to leadership development. Find out more about how you can develop relational competencies for leaders here. 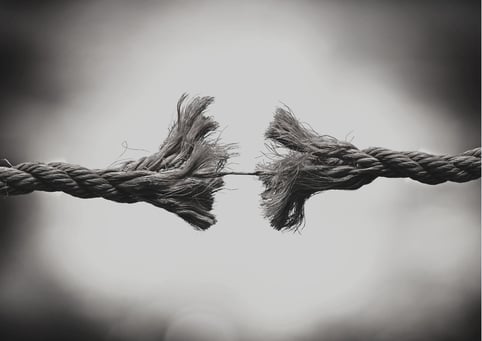 Building Personal Resilience in Times of Stress and Burn-out

We live in a time of mental fatigue, stress and burn-out. Here's what you can do to build your resilience and care for your well-being. 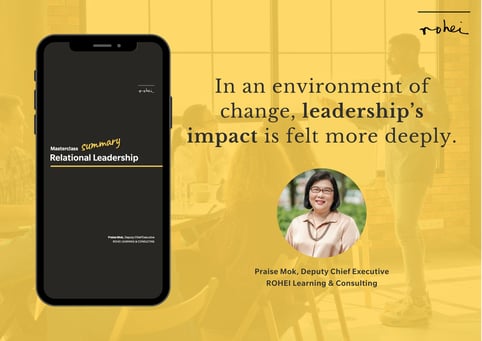 The importance of leadership has become more crucial than ever. Learn what leaders need to navigate through today's uncertainty and transitions.